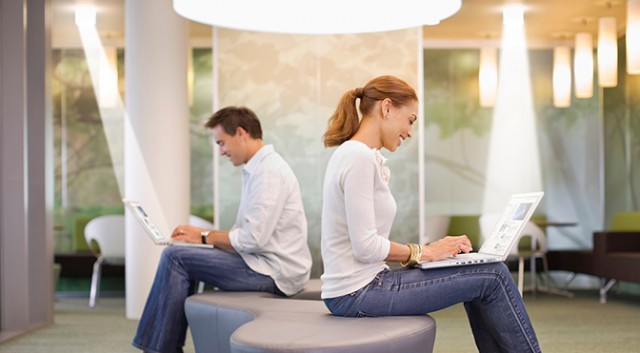 Researchers at the Fraunhofer Henrich Hertz Institute (HHI) in Germany have successfully transmitted data at 3Gbps using conventional LED bulbs in a laboratory setting. In a real-world setting (at a trade fair), the same system was capable of 500Mbps.

The concept of visible light communications (VLC), or LiFi as it is sometimes known, has received a lot of attention in recent years, mostly due to the growing prevalence of LED lighting. Unlike incandescent and fluorescent bulbs, LEDs are solid-state electronics, meaning they can be controlled in much the same way as any other electronic component, and switched at a high speed. VLC is essentially WiFi — but using terahertz radiation (light) instead of microwaves (WiFi). Instead of oscillating a WiFi transmitter, VLC oscillates an LED bulb — and of course, on the receiving end there’s a photodetector instead of an antenna.

Now, unfortunately the Fraunhofer press release is almost completely devoid of detail, except for the 3Gbps bit — but we do have the technical specifications of Fraunhofer’s previous VLC system, which the 3Gbps system is based on. The previous VLC system was capable of transmitting up to 500Mbps over four meters (13 feet), or 120Mbps over 20 meters (67 feet). Rather than actually using a standard LED bulb, Fraunhofer’s VLC system is a black box, with an LED and photodetector on the front, and an Ethernet jack on the back to connect it to the rest of the network. In this system, the hardware only allowed for 30MHz of bandwidth to be used, limiting the total throughput.

To reach 3Gbps, the HHI researchers have found a way of squeezing 180MHz of bandwidth out of the LEDs — and instead of using just one LED, they now use three different colors. It is not clear whether this new technique has a higher or lower range than the previous, but it is likely the same. In real-world testing at a trade fair, with less-than-optimal atmospheric conditions, 3Gbps becomes 500Mbps — still pretty darn fast.

Visible light communication has a slew of advantages. In essence, LiFi can turn any LED lamp into a network connection. LiFi, by virtue of operating at such high frequencies (hundreds of terahertz), is well beyond the sticky tentacles of the wireless spectrum crunch and regulatory licensing. For the same reason, LiFi can be used in areas where there’s extensive RF noise (conventions, trade fairs), or where RF noise is generally prohibited (hospitals, airplanes). The Fraunhofer researchers even claim that VLC improves privacy, because your signal can be easily obscured from prying eyes with opaque materials — but as you can imagine, that’s also a tick in the “con” column as well. 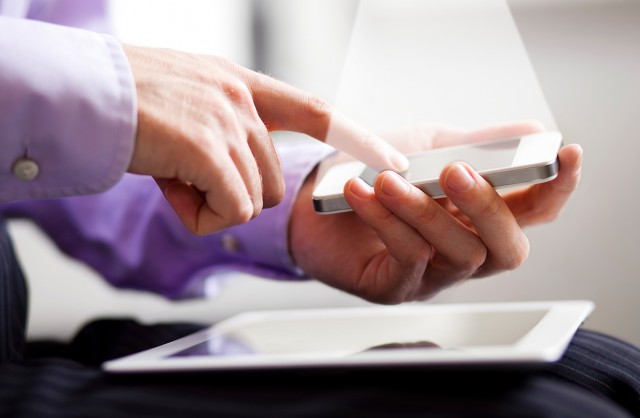 Moving forward, we’re still waiting for the first commercial LiFi LED bulbs and LiFi-equipped laptops/smartphones to come to market. There are a few startups that are making headway, and numerous research groups, but no one seems to have a definitive roadmap for commercial products. With so many possible uses, from street lamp-to-car communications through to ultra-fast short-range communications, and the growing maturity of LED lighting, it’s really just a matter of time until LiFi becomes a reality.